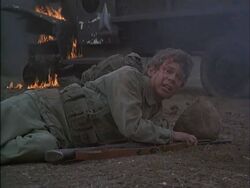 Greg Mabrey as the wounded soldier at the beginning of the episode. He also played the soldier with the cat in Season 3 "Springtime". 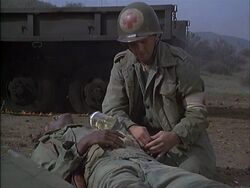 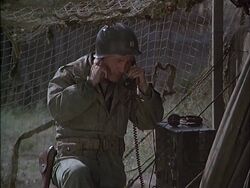 Tom Tarpey as the battalion surgeon at the aid station. Here he is calling in a chopper for Tyler because he can't survive an evacuation by ambulance. 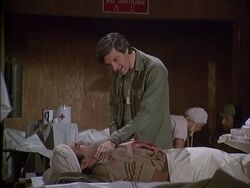 An interesting patient in pre op. He has British or Indian Army style Corporal's stripes. Wonder if that is a turban (which indicates Indian Army) or a bandage on his head. 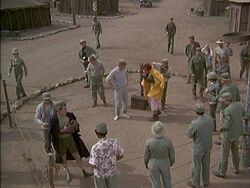 The MASH personnel gather to watch Zale and Klinger's fight. The ring has been set up in the area around the basketball hoop. 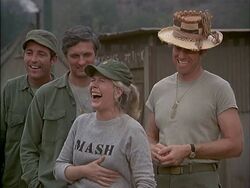 Margaret, Hawkeye and B.J. in hysterics after Klinger and Zale knock Frank out.