George was the 22nd episode of Season 2 of the CBS-TV series M*A*S*H and the 46th episode of the overall series. Written by John W. Reiger and Gary Markowitz and directed by Gene Reynolds, it first aired on February 16, 1974.

Hawkeye and Trapper "persuade" Frank not to request a dishonorable discharge for a wounded homosexual soldier.

During an O.R. session, Trapper does his best Frank Sinatra impersonation, belting out “I’ve Got You Under My Skin” while operating while Hawkeye operates on a soldier with bruises not associated with combat. “It looks like somebody used him for batting practice,” he mutters. Frank is impressed with this soldier, Private George Weston, complimenting him for his bravery for multiple times being wounded, but reprimands him for the bruises, assuming they came from fighting.

Later, Weston seeks out Hawkeye, knowing he has a kind spirit. Weston asks Hawkeye if he can be shipped back to his unit as soon as possible. He then confides in Hawkeye the reason for his bruises. He tells Hawkeye two guys got beat up in his old outfit: one for being colored, the other for being homosexual. Hawkeye remarks on how Weston is a negro and is perplexed Weston would want to go back to his old unit and Weston tells him it is now more important than ever he fulfill his tour of duty.

During a game of gin shot checkers in the Swamp, Hawkeye tells Trapper about the beating George has been getting for being branded a homosexual and lauds him for having the guts to return to his unit. Frank comes in, singing that he found something “very interesting” about someone. He tells Hawkeye and Trapper there is one of “those” in camp who don't like girls, then names Weston. Frank asserts Weston is not normal, to which Hawkeye counters what normal even is and Trapper defends individuality.

Later, in the mess tent, it's revealed Frank has removed Weston from his rounds because of his homophobia. The captains – and even Margaret – are shocked by this and Trapper threatens Frank to lay off “before you do some real damage.” Frank discloses he's writing a letter to HQ to get Weston dishonorably discharged. Frank goes to Henry, who is currently getting a physical from Radar. Frank demands Weston be isolated and that Henry signs papers for Private Weston to be dishonorably discharged, but Henry tells him to forget it.

To teach Frank a lesson, Hawkeye and Trapper stage a fake argument where Hawkeye is going to move out because Trapper agrees with Frank about Weston. After Hawkeye gets in some good insults to Frank, he lets it “slip” that Trapper paid $100 for medical school exam answers.

Frank casually remarks he paid $400 for his exam answers. The captains use this information to coerce Frank to tear up the letter he's about to mail to HQ. 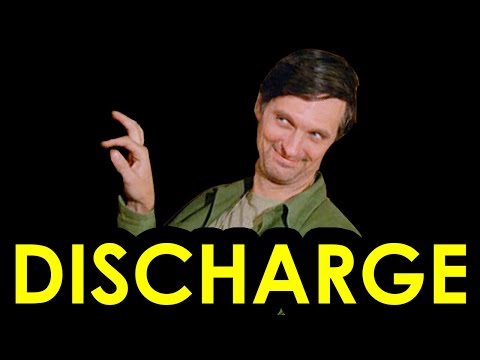