I Corps is pronounced "Eye Kor" although the "I" actually means 1st or Number 1. Like other Corps in the US Army, it would typically be commanded by a Lieutenant-General (three stars). During the Korean War, I Corps had under its command, at various times, several divisions of army troops, including the US 1st Cavalry Division, the US 2nd, 3rd, 7th, 24th and 25th Divisions, the 1st Marine Division, the British 27th Infantry Brigade, the British 1st Commonwealth Division and divisions of the ROK Army.

Corp HQs like I Corps served as the superior headquarters for the MASH units in Korea. Although Army doctrine stated that each division would be supported by its own MASH, in practice there were never enough MASH units to go around. I Corps had two MASH units, 8063rd MASH and the Norwegian Mobile Surgical Hospital (NORMASH), which supported all the divisions under its command.

I Corps in MASH[edit | edit source]

In the MASH TV series, I Corps was the superior headquarters for the 4077th MASH and so is referenced very frequently. Whenever Potter or Henry needed higher level instructions, or whenever the MASH needed supplies or support of some kind, Radar would typically be told to "call I Corps!" Radar would constantly be typing up reports for I Corps, and the MASH would play host to many visitors from Corps headquarters.

In Season 5 "The General's Practitioner", the I Corps Commander, Lieutenant General Theodore A. Korshak, visited the 4077th MASH to size up Hawkeye for his personal physician. The General was insistent on having Hawkeye transferred out to his HQ at first but finally relented when Hawkeye forcefully argued that "the men should come first".

In Season 6 "Potter's Retirement", Potter is summoned to a meeting with his friend Maj. Gen. Waldo Kent from I Corps who gives him the bad news that someone in the MASH has been sending bad reports about Potter's leadership. The writer of the secret reports was finally unmasked by Radar, Hawkeye and B.J. when they checked the outgoing mail to see who was sending letters to I Corps. 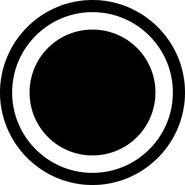 I Corps Insignia. This is sometimes seen on the sleeves of the uniforms of staff officers from the corp headquarters.

William Flatley as the M.P. Sergeant who tells Potter about Frank's exploits in Seoul. The enlisted man's M.P. branch of service insignia is just visible on his left lapel. The name board indicates he is Sergeant Williams. His DUI on his left sleeve is of the I Corps . Fade Out, Fade In, Part 1 (TV series episode)

Colonel Bidwell, Operations Officer of I Corps from "The General's Practitioner". The I Corps insignia is visible on his left sleeve. The insignia on his left lapel specifies that he is an aide to a three-star general.

Lieutenant-General Theodore A. Korshak, introduced as the Commander of I Corps in "The General's Practitioner".

Maj. Gen. Waldo Kent in "Potter's Retirement". Note the I Corps insignia on his left sleeve.
Add a photo to this gallery
Retrieved from "https://mash.fandom.com/wiki/I_Corps?oldid=23509"
Community content is available under CC-BY-SA unless otherwise noted.